At the end of the last day of work before the holidays this year the woman was getting ready to go to the office Christmas party. She felt sitting there at her desk thinking this wasn’t going to be the way these office parties usually go based on how the world had changed for the worse. Well, she said to herself, let’s get this over with. 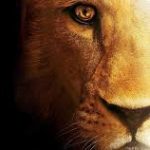 Stopping at the door of her office she remembered all the things the Lord had shown her this year and all the great things that had happened in her life this year. She thought as she heard the celebrating that she still walked through the fog every morning to come here to work and back again to her apartment each day. She thought, what is there to celebrate about? She thought about how God had worked through her and all the things He showed her this year. A feeling of longing for God to do more in her life came over her, a feeling of how she could serve Him even more.

As she reached for the door knob the voice of God spoke to her. In a thunderous voice He spoke: “I will show you what is in the hearts of men this night and reveal to you the good and the evil in this world!” His words hit her as the floor shook. She thought the building was going to fall in that moment. “I will show you how man thinks in his heart about my Son on this day and how the world celebrates this holiday.”

His voice stopped as quickly as it came and she fell into a chair by the door and recovered from what just happened. The woman felt so many emotions all at once. Joy mixed with fear and anticipation as well as the suddenness of how God speaks to her like He does. As she settled herself she thought “What did God mean when He said He would show me how man thinks in his heart about His Son this holiday?”

The woman had recovered a little and got up and steadied herself for the party. Going in and talking to all her friends and coworkers she realized what God had meant as she was actually hearing in her head what they were thinking. The din of all the thoughts of those people hitting her all at once made her once again unsteady and she had to sit down again. She tried to look normal as she got up again while being barraged with all those thoughts as well as what they were saying to each other in the office.

She walked around the large office and took it all in. As the party started to wind down she left. Going back to her desk two floors up she knew she would be alone with what she had heard. Sitting with her elbows on her desk she sorted out what she had heard. She thought most of what she heard was for getting great gifts and giving gifts that were better then what they got from someone else. She felt the pride and greed of looking for the compliment in the giving. She felt the disappointment some felt as the gifts they got were not good enough for them. The material things given and received were what most were thinking about this Christmas Eve. Some she heard looked for the partying and eating as what they wanted at Christmas.

To some Christmas is a money pit of profit and loss. Some she heard felt lost and alone at Christmas with no one and no family to be with. Some she heard just hated other people being happy. A few she heard hated Jesus as being too judgmental or they just hated Him as a false god compared to the gods they worshiped. She got up feeling sad for all those people that missed the real meaning of Christmas and what Christ did for us that day on the cross.

Outside her office she was standing on the sidewalk as the fog surrounded her. She could hear all those on the street as she walked by. People came up out of the fog and passed her by without even looking at her. She knew their hearts were cold as stone. She turned to go home and walked along slowly listening to the people as she went her way. The fog always made her feel cold inside as she knew it was evil.

Hearing voices up ahead she went to see what they were talking about. She passed people collecting for the poor, knowing from their thoughts most of the money wouldn’t make it to the poor. Finding more people talking at a corner down the street she listened, as a pastor was telling those around him to come to his church for a Christmas Eve service later on this evening. She heard the thoughts in his head. She heard in her head how much money his church would get from a large turnout tonight and what he could do with all that money. Walking on she heard mention of Jesus but it seemed that was the excuse for what the people really cared about. There were so many things people wanted at Christmas but they thought nothing of Jesus Christ and that made her cry.

She walked on thinking how lost these people were and how could it get any worse when she started to hear others up the street talking. The woman walked on hopeful to hear anyone talking about their love of Jesus Christ and the sacrifices He made for us, how He shed His precious blood for us. She could see through the thick fog that swirled around the two men on the corner up ahead as they argued about the politics of the day. They were almost yelling about who would lead the country soon and why this person or that one was the right one was all that mattered to them.

Hanging her head she said to herself, politics right now was so wrong. She walked on and left them as the fog came in around them and they were gone. The woman was doing what God had told her to do, but all she found so far was a world consumed with itself or the evil that walked the earth this night. Walking on she thought how can it get any worse? The fog was closing in on her again as she saw her apartment building up ahead to the right. The fog was so bad now she could barely see as she walked. As the fog got even worse she could now feel a cold chill come over her and she felt unsteady inside.

Hearing voices across the street she looked but saw only fog. Knowing there was an apartment house there she walked on blindly as the chill grew worse. The voices were louder now and she could hear something a man was saying to the crowd standing in the alley next to the apartment house. Just as she got close enough to hear him clearly he stopped and she heard the others praying something she did not understand. The fog was very thick here and the chill she felt was almost unbearable to her. She found her way to the crowd and stood by them as they stopped praying.

A man near her saw her and welcomed her to the mass. She nodded to him and looked to the man up front who now started speaking again. The man started to say a prayer but she realized he was worshiping Satan here in her town just across the street from her home and worse yet she thought, on Christmas Eve! This was something she never thought was possible. In horror she ran from the place feeling dirty all over her body. Crying again the woman stopped and stood in the fog out of breath and looked up and prayed to God she’d find someone in this town who was spending this night worshiping the Lord Jesus Christ.

Hearing nothing from God or anyone here in the fog she went on back to her apartment across the street. Feeling the chill leave her the woman stopped as she saw a light glowing within the fog up ahead, thinking this could be some people gathered around a fire celebrating and worshiping the Lord she hoped. As she got closer she saw it was a man, an odd looking man standing there looking at her. Walking up to the man she did not hear anything he was thinking and came closer. Just as she was about to ask him why he was standing here in the fog alone she realized the light that shone on him was not coming from a fire but it was he who was giving off the light. As her mouth fell open and staring at him he spoke. “I was sent here to guide you to what you seek.” She asked in shock “What do you mean?” He looked at her with a warm smile and said, “You prayed to God the Father and asked for guidance to those who are worshiping our Lord Jesus Christ this night. I am here to be your guide.”

He turned and started walking down the street and the woman followed. The fog closed in on them and she couldn’t see a thing. She barely saw the man guiding her even with the light he gave off, and she wondered how can he see where he’s going in this fog? She could see from time to time where she was as the fog cleared a little here and there and she knew they where heading out of the town and into the country side beyond. She started to hear animals calling out in the night and the sounds of them running by her. The ground was soft and uneven under foot as the fog swirled around her.

Somehow it all seemed a little familiar to her in a way, but she couldn’t place it. Staying close to the odd looking man and the light coming from him he lead her deeper into the woods as the fog swirled around her. A few minutes more and she saw a glow up ahead and heard voices but could not make out what they were saying. At that moment she thought how she had felt at ease with this odd looking man leading her into the woods by herself. As she finished that thought she was standing in a place she knew very well. The fog was not here at all and she could see clearly where she was and who was here with her. 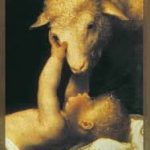 had obeyed God as He had told her to cross over this very ravine with those people she had saved. And those people, her friend and her pastor, were standing there smiling at her as she went to them. They came together and welcomed her to the Christmas Eve worship. She was so excited to see them and to see there was going to be a worship service here tonight. She asked them why they came out here and how did they find their way here in the fog? They all said it was God who told them to come here where a true act of obedience had happened. And that He would send a guide to lead them all here. At that point they all looked around only to see the odd looking man was gone. As the angels looked on from above they came together and had a worship service fit for a King.